At least two workers sustained injuries as fire broke out in Unit V of the Ordnance factory at Badmal in Balangir district on Thursday morning. According to information, a worker first noticed the fire and raised an alarm. The fire was brought under control by 8.30 am.
“An inquiry is being conducted into the fire incident,” said Additional General Manager of the Ordnance factory Ajaya Singh. However, he said the report of two persons getting injured in the incident was not true.

BJD Rajya Sabha member AU Singh Deo on Wednesday demanded that former Chief Minister Biju Patnaik be conferred with the Bharat Ratna award for his heroic acts. Raising the issue during Zero Hour in the Rajya Sabha, Singh Deo said, “Patnaik’s contribution in freedom struggle of India and Indonesia was significant and his enduring efforts to popularise science and technology in the world through Kaling awards is highly appreciable. He should be given the country’s highest civilian award,”
He too reminded the House that he served the country as a commercial pilot during the Quit India Movement in many ways. Besides crucial role in India’s Independence, Patnaik had also played crucial role in achieving freedom of Indonesia. Under the instruction of former Prime Minister Jawaharlal, he accompanied by his wife flew a small plane to Jakarta and brought Indonesian leader to the international conference in 1947. For his daring act, Biju Patnaik was given Indonesia’s highest civilian award, the Bhumi Putra, he said He said though Patnaik was brave, democratically spirited and strived for independence and was jailed, yet he has been ignored by successive Governments.

We welcome you all -says the trees standing on both sides of road. By Sudhir Mishra/Bolangir(India|) 29thApril2015

We welcome you all -says the trees standing on both sides of road.
By
Sudhir Mishra/Bolangir(India|)
29thApril2015 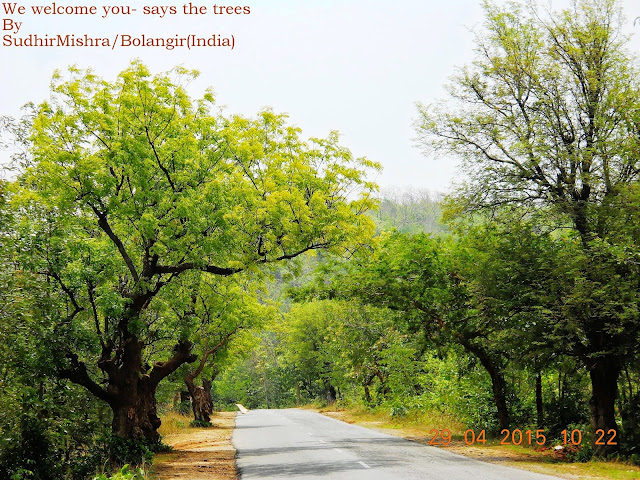 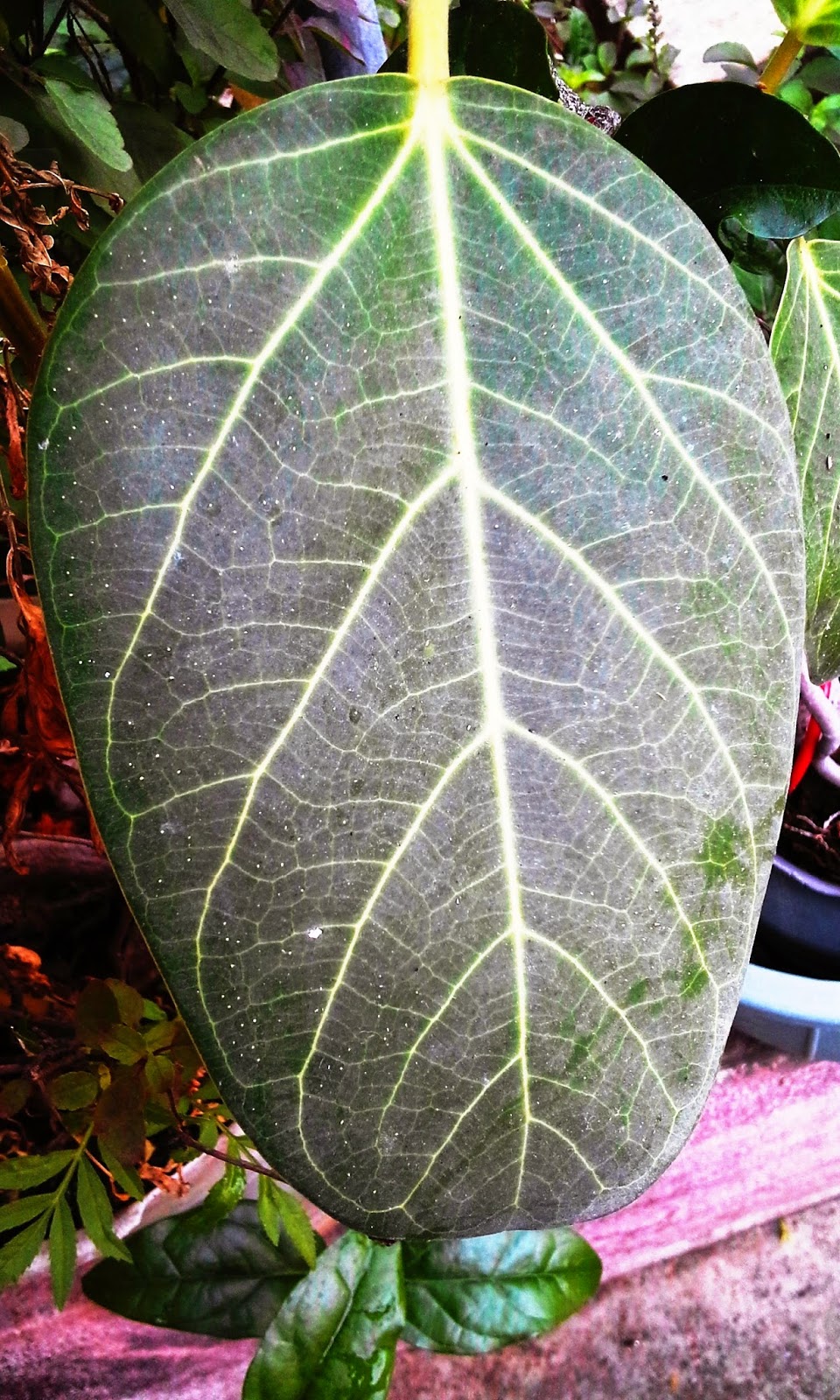 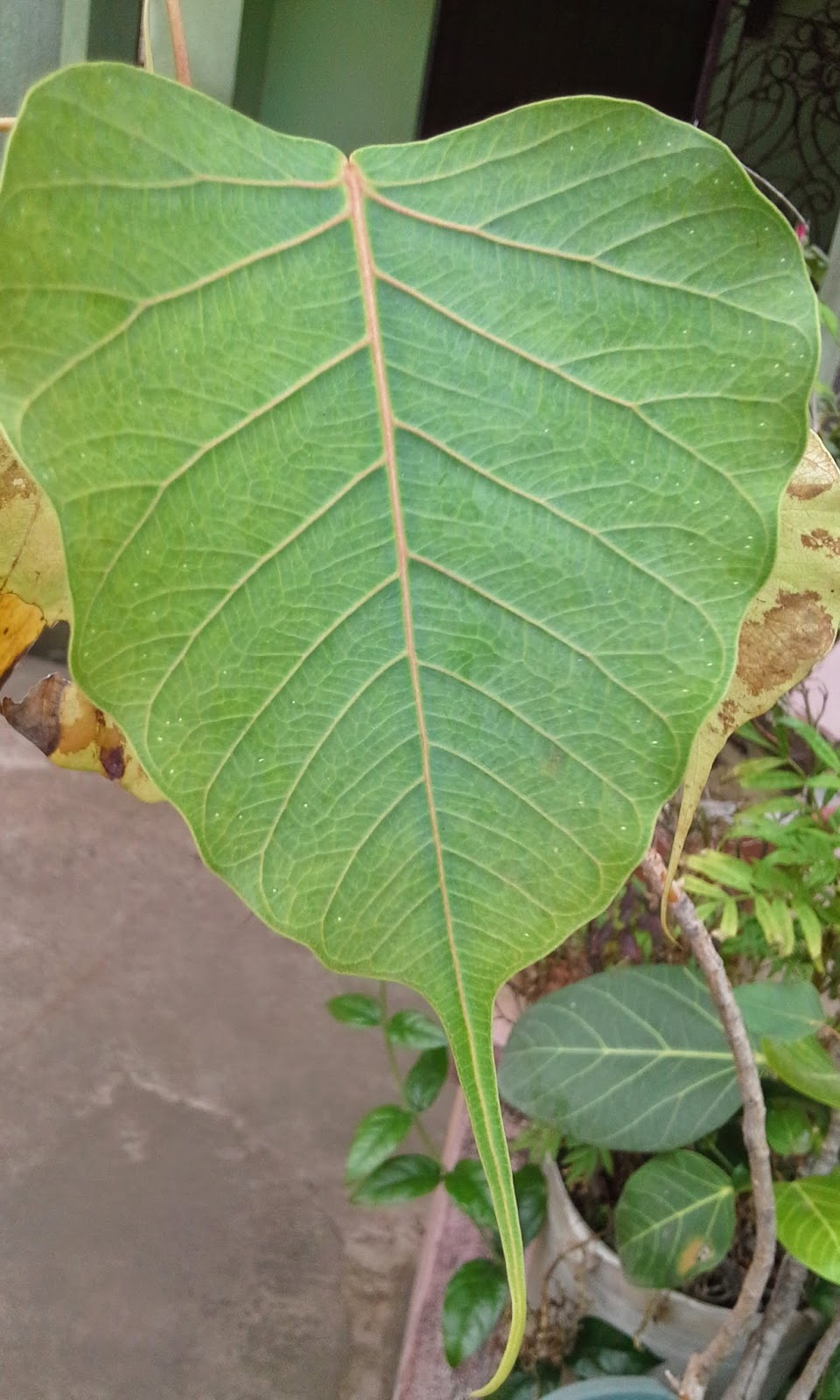 The Banayan and Pepal leavesBySudhirMishra/Bolangir(India)
29thApril2015
at April 29, 2015 No comments:

Even as the Government has introduced a health insurance scheme and smart card system for poor people under Biju Krushak
Yojana, in Balangir it is not providing them the desired result and the poor patient are paying up money for treatment and suffering the agony. In a recent case, one even lost his life. According to a petition submitted by Jayram Putel, son of Laxman Putel to the district Collector Balangir, Laxman of Kumiapali in the Budi Anchal areaof Lower Suktel irrigation project had undergone a kidney stone operation in Harihar Nursing Home at Balangir but he died in Burla on April 19. He alleged that Laxman died due to faulty kidney stone operation at the Harihara hospital and finally he died at Burla.
“My father suffered pain in stomach and we brought him to the district headquarters hospital on March 30 last. A doctor at the hospital told us there was stone formation in kidney which needed a surgery. He also said the operation could not be done in the Government hospital. I admitted my father to Harihara Hospital for the operation and informed him about the smartcard under Biju Kalyan Yojana. But this card was not accepted there and the doctor demanded Rs14, 000 towards operation,” said Jayram. Notably, the Government in an advertisement had declared Harihar Nursing home as a private referral hospital where poor patient can avail the treatment under the scheme. Jayaram narrated, “We mortgaged a land and paid the amount towards the operation cost. After operation he was discharged and since then
Laxman was experiencing a lot of pain. As the pain became unbearable, on April 19 evening we admitted him in the Balangir district headquarters hospital.”
“The doctor in the Government hospital told us that the operation was not done in a proper way and the doctor advised us to take him to VSS MCH, Burla. We immediately shifted him to Burla where he breathed his last,” said Jayaram, alleging that his father’s death could be due to faulty operation at the Harhar Nursing Home. He demanded strong action against the doctor. ADM Ashok Naik said, “I have told the Balangir Sub Collector to pay financial assistance under the Harischandra Yojana to the deceased family.”
Subsequently the district administration will extend other help, he added.
at April 28, 2015 No comments:

By
SudhirMishra/Bolangir
27thApril2015
=============
Dear all
Three years ago when earthquake of mild intensity hit parts of western Odisha ,I had filed a story in English daily  The Pioneer-Re assess the seismic status of Odisha datedJune17,2012 ”.
Three years later, I think  no such steps has been taken to reassess the seismic status ofOdisha. Most importantly in the western Odisha there are no such stations to study any seismic activity. In the meanwhile a lot of mining and Industrial activity has taken place in this region which is likely to cause ecological imbalance and affect earth’s movement. From western Odisha  crores rupees of minerals worth of crores are being extracted, and transported  from here. Is not it disgusting there is no research station on seismic Activity here? Why no scientific infrastructure is being built up in this region .Often people/politician of this region spends a lot of time in “matters not concerning development of research base /station in this region to understand the activity of earth and other calamities. Only they react when any tragedy takes place
I enclose the newsagain today(27thApril2015)  for your perusal

‘Re-assess Odisha’s seismic status’
‘Re-assess Odisha’s seismic status’
SUNDAY, 17 JUNE 2012 22:41
SUDHIR MISHRA | BALANGIR
HITS: 5
===================================================
In the wake of the recent earthquake with a magnitude of 3.9 in the Richter scale hitting Balangir, Nuapada and Kalahandi districts of western Odisha on June 9 last, considered as seismically quiet zone, former Sambalpur MP Bhabani Shankar Hota has demanded reassessment of the seismic status of Odisha, including the quiet zones.
The epicentre of the earthquake was Kalahandi. The known earthquake zone in western Odisha are Sambalpur-Talcher, Sambalpur-Jharsuguda and Talcher-Deogarh-Rourkela and past history has shown that the magnitude of earthquake in these zones has been limited to between 4.5 and 5.3 in Richter scale. However, no tremor ever occurred in Balangir-Kalahandi-Nuapada in known history.
So, there is an urgent need now to study the cause of the new phenomenon. Most of the reservoirs are mapped as seismically active zone. It has to be further investigated whether the Indravati project led to a rearrangement of seismic zone, Hota said.
Hota further said earlier Latur region in Maharashtra was also mapped as seismically quiet region and yet devastation occurred there due to an earthquake of a magnitude of 5.5 to 6 in the Richter scale in 1993 in which about 10,000 people had died. Hence, the Odisha Government should reassess the seismic status of Odisha, including the Balangir-Kalahandi-Nuapada region.
Similarly, NRO Professor Digambara Patra from the American University of Beirut has said the earthquake in Kalahandi, Balangir and Nuapada did not indicate that human activities like mining or dam had caused it.
“The regions come under lowest (Zone 1) seismic zones in India. However, Zone 1 does not mean it is no earthquake zone. But certainly, it is also not wise to link the minor earthquake with human activities as a few activists may overreact to suit their propaganda against industrialisation and dam. So steps should be taken both at the Government and private levels to build earthquake resistance buildings in the areas,” he said.

Even though Kendu leaf continues to contribute sizeable revenue to the State exchequer, yet temporary/seasonal Kedu leaf employees like Munshi and Chaprasi remain to be a neglected lot for over 42 years thanks to the negligence of successive Governments.
Trade union leader and Odisha Asthayee Kend Leaf Employees’ Association advisor Pramod Mishra said this to mediapersons here on Friday.The Kendu leaf Act passed in 1973 provisioned for three months work to Munsi and Chaprasis engaged in Kendu leaf department. It had provision to give ‘Work Charge’ status to other temporary seasonal staffs over a certain period time for which the responsibility was given to respective appointing authorities, Mishra informed.
Moreover, a review was undertaken in May 15 1997 and the decision of 1973 was reaffirmed. According to the decision those temporary Kendu leaf worker who had worked for 240 days in a year and for 10 years, they would be given Work Charge status.
While, the present Government has already accorded Work Charge status to construction labourers of RD and other departments, temporary Kendu leaf workers are still left out, Mishra lamented. He said and RTI information revealed that while these employees were paid wages for one and half-a-month only, official records show that they were paid for two and half-a-month. The excess payment shows huge corruption by Kenu leaf department officials, Mishra alleged.
Meanwhile, the Muncis and Chaprasis, who had been staging a cease-work agitation to press for ‘Work Charge’ demand since April 17, called off the same on April 22 following a Government circular that promised to give work for three months them and assurance of considering Work Charge status demand of 1,071 temporary Kendu leaf employees.
“We called off our strike as the Government admitted one of our demands. We have given 45 days for fulfilment of our all demands. If the demands aren’t met, we would take to the street again,” said Mishra.

With Odisha accounting for 36 per cent of all malaria deaths in the country, the Mo Mashari scheme with a provision of Rs90 crore seems to have gone awry. Under the scheme, Long Lasting Insecticidal Nets (LLIN) are to be distributed to protect pregnant women against malaria infection, but the sum of money earmarked for it could not be spent by the State Health Department.
As per data available, cases of malaria infected people in the State, which stood at 2.28 lakh in 2013-14, jumped nearly two-fold to reach 3.95 lakh in 2014-15, primarily, though not entirely, due to the failure of the scheme. On the other hand, the Health Department statistics reveal that after a steady fall for three years, malaria deaths have started rising again. The statistics reveal that as many as 100 people died of the infection in 2011, 79 in 2012 and 67 in 2013. However, the toll took a big upward leap in 2014 with 89 deaths.
An official of the Health Department, on condition of anonymity, admitted that the department has not distributed mosquito nets during 2014-15. The Centre too has stopped providing mosquito nets. Though the department has decided to utilise last financial year’s fund during 2015-16, it has no information available with it on the tendering process and procurement of nets.
To everybody’s surprise, the department had not supplied mosquito nets for 2012-13 and 2013-14 either. The department had distributed a few nets in Koraput. During that time, it had given a clarification that the Centre had not supplied the stocks, the official said.
Recently, Union Health Minister had informed the Lok Sabha that despite Jharkhand and Chhattisgarh being malaria-prone States, they have fared well in controlling the spread of the disease. Eighty per cent of malaria deaths are reported from tribal dominated districts in Odisha. The most cases of malaria deaths are reported from Malkangiri, Gajapati, Kalahandi, Kandhamal, Keonjhar, Koraput, Mayurbhanj, Nuapada, Rayagada and Sundargarh districts, the Minister had said.
It may be mentioned that Mo Mashari was launched in November 2009 as a programme to protect pregnant women against malaria through distribution of LLIN. Initially, five districts with high malaria burdens were targeted in a pilot period from March 2010 to March 2011, which was expanded to a further two districts in 2012.