Another Balangir person dies due to ‘starvation’

Another Balangir person dies due to ‘starvation’

Even as the controversy over the alleged starvation death of Annapurna Bagarti in Ward-15 of the Balangir Municipality has barely subsided, a report of an alleged starvation death of Lare Sahu (45) of Jalpankel village of Lathor gram panchayat in Khaprakhol block in the district on Saturday has come to light.
According to reports, Lare had migrated to Katapali village of Komna block of Nuapada district and was staying at that village for last few years with his mother and sister. He was managing the livelihood of his family by working in a dhaba.

However as he was afflicted with disease, he could not work properly and remained confined to his house and his family members managed to subsist by begging before he died on Saturday night.
Khaprakhol BDO Rajiv Behera told The Pioneer, “We had no information about the condition of Lare. Actually, he had migrated to Komna block of Nuapada district. Earlier, he was staying in a hut over a Gochar land of Jalpankel village in Lathor GP. His mother was getting widow pension from Nuapada district and they had gone to receive the pension a day before. We believe his death is due to a prolonged disease and neglect. Details of it will come out after the postmortem report is received.
Meanwhile, the Khaprakhol police are conducting an inquiry into the incident.
==================================================== 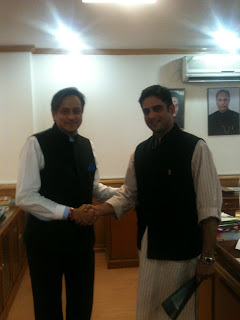 MP demands NIT at B’gir for KBK growth
MP demands NIT at B’gir for KBK growth
Wednesday, 21 November 2012 20:39
PNS | BALANGIR
Hits: 8
inShare
Balangir BJD MP Kalikesh Narayan Singh Deo has demanded setting up of a National Institute of Technology (NIT) at Balangir. He has written letter to Union Minister Human Resource Development (MHRD) MM Pallam Raju to consider his demand as Balangir is one of the most backward districts in the country.
While the district suffers from low human development indices, almost 70 per cent of its population lives below the poverty line.
Being in the impoverished KBK region, employment opportunities are limited, and there is little scope for economic development in the district, he has pointed out.
Singh Deo has also written to HRD Ministers of State Sashi Tharoor and Jitin Prasad, stating that during the Eleventh Plan period at least 10 NITs were sanctioned for different States of the country whereas Odisha was left out.
He has requested the HRD Minister to set up an NIT at Balangir to serve the interest of the students in the KBK region.
Way back in 1961, the Regional Engineering College, Rourkela was set up and it was converted into an NIT on June 26, 2002.
The institute offers undergraduate and postgraduate MCA courses. The NIT, Rourkela is the nodal centre for the National Technical Manpower Information System in Odisha.
However in the KBK zone, which is the most backward region in the country, is not having a centre of higher learning for science, engineering and other technical subjects, Singh Deo has lamented.
He has argued that an NIT in the KBK region would curb the migration of students to other districts of Odisha and other States in search of higher educational opportunities.
Presence of an NIT would also attract industries which would generate local employment opportunities and consequently lead to an all-round industrial, commercial and technological development of the region, Singh Deo has argued.
==================================================================