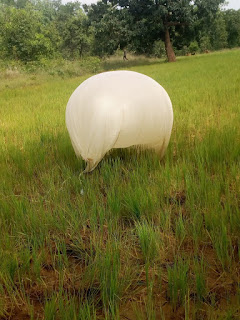 Bolangir; Much to the surprise of SaanDangar gaon,a village located 60km away from here in remote Gudvela block ,a balloon fell from sky in the paddy field on Saturday morning which created curiosity and panic among people.

The balloon had a circuit and battery. However as people gathered, somebody took away the battery. 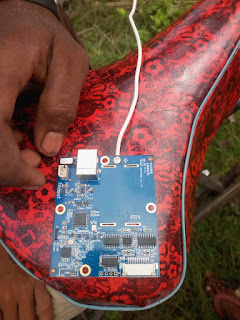 But the points which created curiosity and remain unanswered were1) Who and why would float a balloon and for what purpose. As it had a circuit and battery ,it appears that ,its movement might have  been controlled by remote somebody.

But  for what purpose? To study the atmospheric pressure/ changes?

And from where it was sent and it was going to?

Interestingly, over the area there is an air passage route and every night one can see aero plane moving in the sky. More curious point is this area located in the junction of three districts namely, Bolangir,Boudh and Kalahandi.

The balloon which was flying in high altitude fell most likely due to malfunctioning. But from where the balloon was launched and when is not known. How it fell here? Due  to technical problem or others? Till today no clear report has come out and the suspense continues over the fallen white balloon

According to reports, five decades ago such a balloon had fallen in Mohangiri area of Kalhandi district

Tusura police has seized the balloon and looking into the incident. 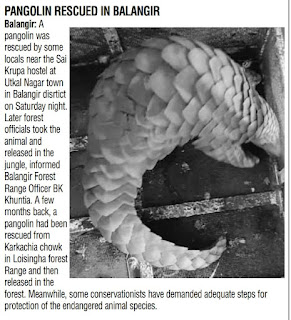 News in English Daily  The Pioneer 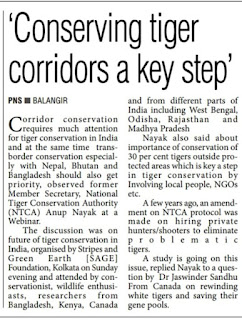 The discussion was on future of tiger conservation in India, organised by Stripes and Green Earth [SAGE] Foundation, Kolkata on Sunday evening and attended by conservationist, wildlife enthusiasts, researchers from Bangladesh, Kenya, Canada and from different parts of India including West Bengal, Odisha, Rajasthan  and Madhya Pradesh

Nayak also said about importance of conservation of  30 per cent tigers outside protected areas which is key a step in tiger conservation by Involving local people, NGOs etc.

A few years ago, an amendment on NTCA protocol was made on hiring private hunters/shooters to eliminate problematic tigers.

A study is going on this issue, replied Nayak to a question by  Dr Jaswinder Sandhu From Canada on rewinding white tigers and saving their gene pools.